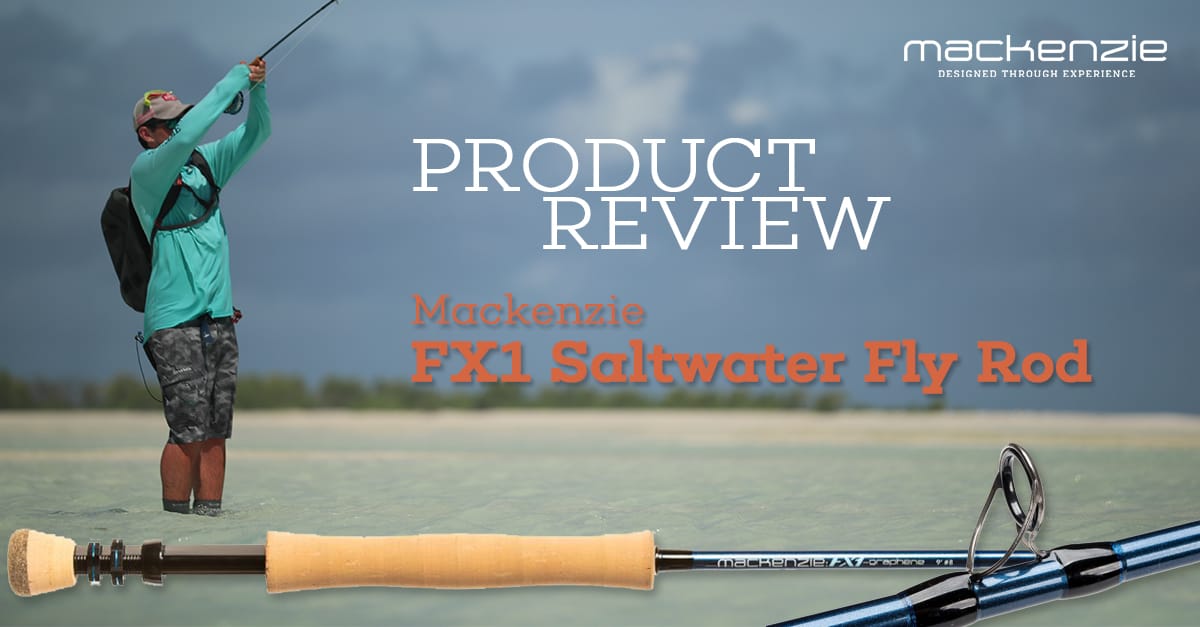 As with the majority of my conversations with Scott Mackenzie, the discussion soon turned to fishing, recent trips, current catches and future trips. I mentioned that I had an up and coming saltwater trip to Alponse Island in the Seychelles. Scott asked if I would mind taking out his new range of FX1 saltwater rods to put them through their paces in one of the harshest fishing environments on the planet.

I have long been a fan of Scott’s Mackenzie range – in fact I bought the first rod he ever sold some 10 years or so ago now! A 12ft 8wt DTX, since then I have fished his rods all over the place and caught my biggest salmon ever last year.

I must confess to being a little nervous for Scott as there is a lot of saltwater rods on the market already and it can be very competitive. A day or two later, 3 rods arrived – a 9ft 8wt, 9ft 10wt and a 9ft 12wt. After a quick test cast out the back of the shop, they were packed away and ready to go!

On arrival to Alphonse, we tackled up with the help of the guides. I chose to fish with all three of the Mackenzies, over my usual Scott Meridians. The guides where curios as they had not seen them before. The 8wt would be for bonefish, the 10wt was for Permit and Trigger fish and the 12wt for GTs and dredging. All rods where matched up with the new Shilton SR Series – my go to reels for saltwater fishing.

My first impressions of the rods that they were well finished, a nice blue colour that seems popular with saltwater rods. I like blue, so it works for me! The other thing that struck me was how light they were in the hand. I knew the graphene in them made them lighter, but I was surprised just by how much. The 12wt felt more like a 10wt which is great for those long walks along the surf when you are carrying your rod for hours in the intense heat.

Having now fished the rods hard for a week I can say I was very impressed with them – they didn’t miss a beat and didn’t let us down. It is the 12wt that normally goes wrong on these trips as they are what get hit by the strongest, meanest fish – the GT. The rod landed several through the week including one of 111cm – a true bus. I put as much pressure as I could on it and had no issues. It is great to have confidence in your gear as you have travelled a long way, payed a lot of money and the last thing you want is for your kit to fail you.

The rods have a slower action than some other saltwater rods which suited my casting style. I am not a fan of some of these seriously fast rods which can lack feel. However, this slower action may limit its ability to push a line into a strong wind – something I didn’t try on this trip. On the other hand – it does make casting larger flies like poppers easier. Casting these wind resistant flies was relatively easy and it didn’t take long till the whole fly line was sailing out.

We often hear people saying that they like to fish a line weight heavier than their rod states. This often applies with faster rods, so they flex a bit more and give you that extra bit of feel. I found the FX1 range to work well with the stated light ratings and wouldn’t want to go heavier. I actually would have liked to try an 11wt line on the 12wt when the wind had died down.

The quality of cork was top quality. Small cork rings, similar to those on a sage means that there are no large imperfections meaning it should remain in good condition for longer. However, the thumb position on rods can often be a weakness as they extra effort we all put into the forward stroke when trying to deal with the wind. I would be interested to see how this fairs up in the long run.

Overall, I was seriously impressed with new Mackenzie FX1 Saltwater range and preferred them to many of the brands that are more well know when it comes to the Saltwater Tackle Market. All the guides where complimentary to them although some did have to slow their casting style down to get the most out of the rod – you really don’t need to overpower it, the rod will do the work for you!